The Rio Olympic Games have started, and five sail boat disciplines participate.  All sail boats are small sailboats, so all sail boats are available for a large public,  and small boats ensure spectacular sailing. The sailboats are:

What is interesting is that the three of the five boat designs are dating back to the 1950 and 1960. Which is the fasted sail boat of the five categories on the Rio Olympic games? To compare different boats, the Dixie Inland Yacht Racing Association (DIYRA) system was combined with the Portsmouth Number rating resulting in D-PN values. The lower the D-PN value the faster the boat. It is remarkable that in the Rio Olympic Games the multihulls are back. This type of sail boats, catamarans, were deselected in 2008, although the Tornado is still one of the fastest sail boats on the market. 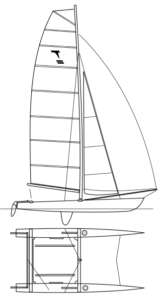 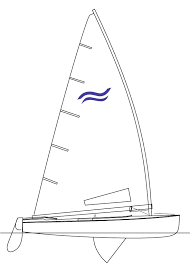 The Laser design by the Canadian Bruce Kirby in 1969 entered into the Olympics Games only in 1996.The D-PN value is 91 a bit slower than the Finn. 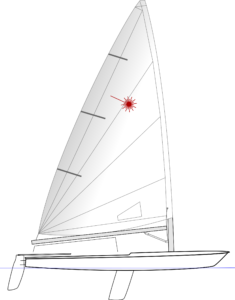 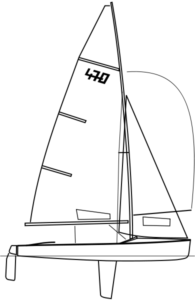 The fasted mono hull is the 49-er, which is 499 cm long, a tad longer than the 470 but much faster. Designed by Australian Julian Bethwaite in 1995, had its maiden Olympic Games race in 2000, with a D-PN of 68 more like a multi hull catamaran than a mono hull sailboat. 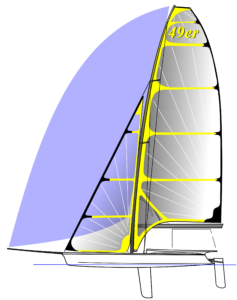 The fasted boat of all is the Nacra 17, this is a catamaran. Catamarans are reintroduced this Olympic Games, which I believe is a good thing as these boats are fast, exciting to see and part of the sailing community. Until 2008 the Tornado catamaran was racing in the Olympic Games, this sail boat was designed in 1967 by Rodney March. It still is a very competitive sail boat with a D-PN of 59!

The Nacra 17 is a bit slower with a D-PN of 67. This sail boat designed by the American Melvin in 2011 has its first Olympic appearance in Rio. 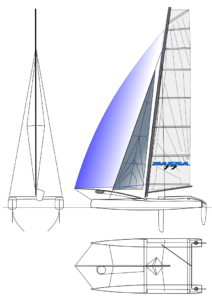 Let’s see who wins the Rio Olympics Games. Come and enjoy our Archambault Grand Surprise for a Barcelona Tour. This sail boat is a bit bigger at 32 ft almost 10 meter, but very fast as well. 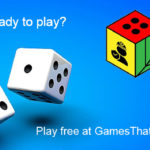 BarcelonaSail initiated with the NGO GamesThatMatters the Escape Corona Game, it is an educative Covid-19 game, to inform and entertain people. It is not as cool as sailing in front of the Barcelona Coast line but it is great fun at home. BarcelonaSail takes the current situation with Covid-19 we very serious. Our boats are …